Jeremy is in Disney this week, and, as I have only been there once in my youth, I was thinking about what I could do to continue his theme–What do Christmas and Florida have in common? In my search, I stumbled upon this little known fact:  The Christmas song, “O Tannenbaum” was once the Floria state song, and the tune to “O Tannenbaum” continues to be the state song of two most important states in my life, Iowa and Maryland. The tune also accompanies the lyrics to Michigan’s state song and many other songs for colleges, universities and organizations.

“Florida, My Florida” reigned from its adoption in 1913 to its end in 1935, when Florida changed its song to “The Swanee River: The Old Folks at Home.”  The lyrics for  “The Old Folks at Home” written by Stephen Foster were given an official revision, to make them more politically correct, in 2008.

The original tune of  “O Tannenbaum,” is a German folksong, and it  had lyrics that referenced a the evergreen tree, but there was no connection to Christmas. This developed in the  1800’s with the rise in popularity of Christmas.

James Ryder Randall’s lyrics for Maryland were written in 1861 at  the beginning of the Civil War and was adopted as a Confederate battle hymn.  Like Florida’s song, it has had its share of controversy and threats of replacement.

S.H.M Byers, also a Civil War soldier, wrote the much more pleasant and soothing lyrics to “Iowa, O! Iowa,” referred to as the “Iowa State Song.” “Michigan, My Michigan” is the official unofficial song of Michigan and, like Iowa, celebrates the beautifies of the state. 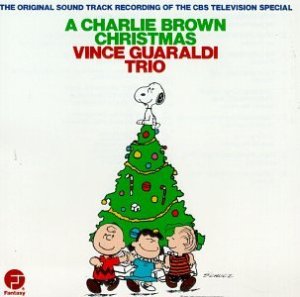 In my mind, though, I am not about to sing “O Tannenbaum” with German, Iowa, Florida, Michigan or Maryland lyrics.  What I think about when I hear the song is the Vince Guaraldi Trio piano version that accompanies A Charlie Brown Christmas produced in 1965.  Here’s a You Tube video of the segment from the television special.

I can sing maybe the first and second line of the English version of the carol, and then I’m lost.  “O Christmas Tree, O Christmas Tree, Your lovely branches. . .something something. . .”  Seriously, does anyone know the lyrics by heart?